Looking for a review of The 2020 Empire Election Summit?

After receiving a couple of emails urging me to watch the summit, I decided to sit through it after which I decided to write this review.

The webinar, publicized by Empire Financial Research, tackled a variety of topics centered on the impact the elections will have on the financial markets and how investors ought to react to survive.

In this article, I will summarize what was covered as well as share my thoughts on whether I think it is legit. Keep reading to learn more.

What is The 2020 Empire Election Summit?

Whitney Tilson, Enrique Abeyta, and Berna Barshay (all of Empire Financial Research) were recently hosted by Jared Kelly in a webinar titled The 2020 Empire Election Summit. 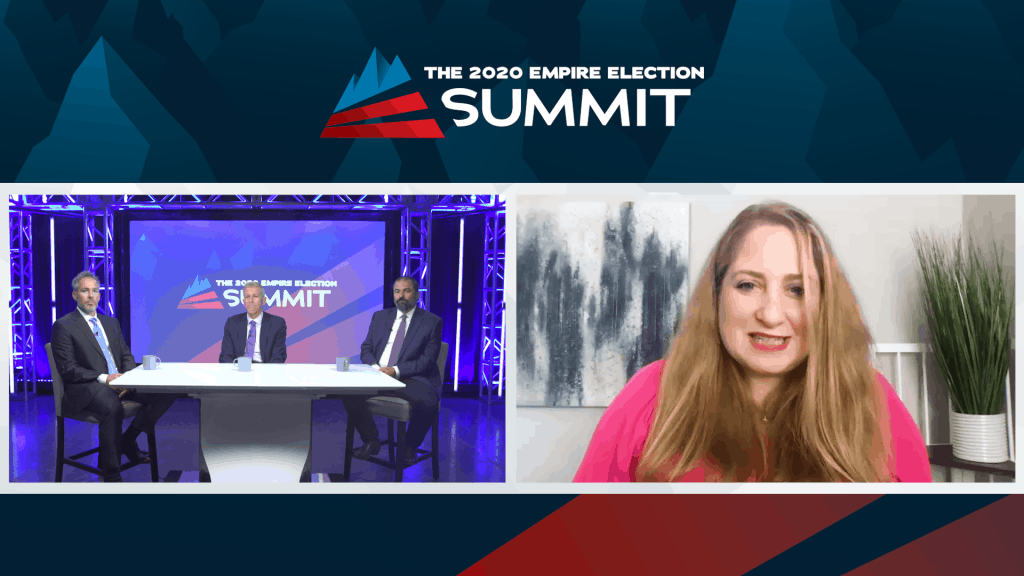 When the coronavirus pandemic brought the global economy to a halt and caused a panic that led to a historic sell-off in the markets in March, few people could have predicted that the markets would bounce back the way they did.

Whitney predicted it in a presentation he did in March and he hopes he will be right about the elections as he was about the impact coronavirus had on the economy.

Consequently, a bulk of The 2020 Empire Election Summit was spent talking about the election i.e. each guest’s predictions of the outcome.

They also promoted two newsletter services offered by Empire Financial Research. The two are Empire Investment Report and Empire Elite Trader. We’ll be taking a look at those later in the article, but first, let’s uncover what the guests think about the presidential election.

The three panelists agreed that the winner of the presidential elections would matter to the stock market and the economy in general. They also conceded that investors should brace themselves for whichever candidate carries the day in the November elections.

Who do the panelists think will win?

When Jared Kelly, the host, floated the question to Whitney Tilson, he said that Biden will win the election by a landslide. This means that he also sees the liberals seizing control of both Houses of Congress.

He cited the bad state of the economy as one of the reasons this might happen and backed his pick with the results of polls that show Biden is leading.

Berna Barshay was not as confident about Biden winning but also leaned towards the Democratic candidate nonetheless.

Enrique Abeyta was even more certain that the Liberals will win, citing how sentiments have changed in his state (Arizona).

How will the results affect the economy and the markets?

The conversation then quickly shifted to the effect a Democratic or Republican win will have on the markets and the economy. They agree that the market will react more favorably to a Trump win than a Biden one.

However, they don’t think a Liberal win will be as negatively impactful as some commentators claim it will be.

When it comes to the sector-specific impact of the results, Berna thinks that a Biden presidency will be favorable to the renewable energy sector, healthcare, Marijuana, online sports betting, and industries that have been affected by the China Trade War.

It was with this mindset that they crafted a portfolio of stocks that they think investors should invest in.

On top of that, Berna Barshay believes that she has found a little-known stock that could soar in the future irrespective of the results.

It is a Norwegian company called Tomra Systems (the symbol is TOM.OL) that makes and sells reverse vending machines. These machines allow you to deposit empty recyclable containers and you get paid for it.

Tomra has a 70% market share in that market globally.

Who is behind The 2020 Empire Election Summit?

There are three panelists in The 2020 Empire Election Summit:

Whitney is the founder of Empire Financial Research and he also edits the Empire Stock Investor and Empire Investment Report.

He graduated from Harvard with a bachelor’s degree in government and later got his MBA from Harvard Business School.

Before he got into the newsletter publishing business, he was a hedge fund manager.

Enrique Abeyta was one of the first experts to join Whitney at Empire Financial Research. He edits Empire Elite Trader and Empire Elite Growth.

He graduated from the Wharton School of Business before spending the next two decades of his professional life as a portfolio manager on Wall Street. There, he started and ran two long/short hedge funds raising around $2 billion.

She graduated from Princeton before proceeding to earn her MBA from Harvard Business School. She spent 20 years working for major firms on Wall Street like Sanford Bernstein, Ingleside Select Fund, and Goldman Sachs.

The three experts put together a portfolio that they think can perform well whether Trump or Biden wins the elections (but they feel it will fare better when Biden wins).

They don’t give concrete clues as to the stocks that are on their list. However, they have written a report about it titled 8 Stocks to Buy Before Election.

If you want to get in on the stocks they are recommending, you have to subscribe to the Empire Investment Report.

If you decide to join the newsletter, you’d be entitled to the following benefits:

A one-year subscription to the Empire Investment Report will set you back $2,500.

The subscription fee is non-refundable. However, they offer you credit to use on any other service offered by Empire Financial Research.

Is The 2020 Empire Election Summit legit?

I think The 2020 Empire Election Summit is legit.

The three panelists all went to ivy league schools and had successful careers as money managers dealing with large accounts. By bringing their heads together to create their secret portfolio, they have more than six decades of cumulative experience in the financial markets.

Since we are dealing with people with such impressive credentials, I think it makes sense that their insights are legit.

Nevertheless, even with their impressive CVs, their recommendations are not guaranteed to yield returns. The nine stock picks may all flop, so you should consider that if you decide to follow their advice.

My Final Word on The 2020 Empire Election Summit

The 2020 Empire Election Summit sheds light on what the analysts at Empire Financial Research think about the election and its impact on stock investments. Whitney Tilson, Enrique Abeyta, and Berna Barshay also give their predictions for whom they think will be the next president, and they all think Biden will win.

Considering political inclinations can be a very touchy subject, if you disagree with their predictions, you shouldn’t let that get in the way of objectively evaluating their recommendations. There may be some that could yield decent returns.

Since they don’t give us useful clues to enable us to speculate about the eight stocks they have on their secret portfolio, you have to subscribe to the Empire Investment Report to uncover them. The caveat is that the fee is $2,500 (non-refundable).