Having reviewed a few of the newsletters it publishes, I felt it was appropriate that I review the firm behind them.

In this article, I provide you with an overview of the services they offer at Brownstone Research, the merits and demerits of the company, and my opinion on whether it is a legit operation.

What is Brownstone Research? 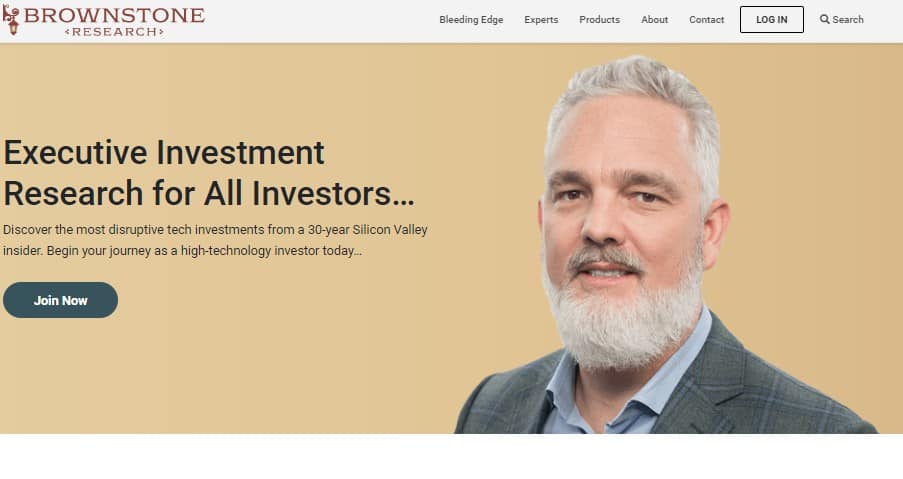 Rogue Economics is still run by Bill Bonner but Brownstone Research is under Jeff Brown.

Brownstone Research retains its links to Agora Financial, which is the publishing arm of The Agora. You can read more about the Agora in my review.

The mission of the new publisher has largely remained the same as before the split; to avail quality investment research to individual investors. This is the kind of research that is usually available to institutions, hedge funds, and high net worth individuals.

Since Jeff has been involved with the technology sector for most of his professional life, all the research published concerns technology stocks.

Who are the experts behind Brownstone Research?

Brownstone Research has a small team comprising Jeff and two analysts who help him with the workload.

Jeff Brown is the founder of Brownstone Research. He is also the chief editor of all the newsletters they publish.

Jeff graduated from Purdue University with a degree in aeronautical and astronautical engineering. He also has a master’s degree in management from the London Business School and professional certificates from Stanford, MIT, and UC Berkeley’s School of Law.

Jeff is an angel investor and advisor to several startups. Throughout his career, he has built companies from the ground up and ran divisions of companies that generated millions of dollars in revenue. Most notably, he has worked as an executive for some big tech companies.

Having spent over 25 years in the tech industry, he believes that he has an advantage when it comes to identifying opportunities because he has access to information that the public never gets to see.

Nick is an analyst at Brownstone Research.

He graduated with a degree in accounting. He became a CPA while working for a big four accounting firm

He joined a hedge fund and then took the Chartered Financial Analyst (CFA) tests. He passed all the tests and earned a charter.

Joe began his career in corporate banking as a credit risk analyst.

In the aftermath of the Global Financial Crisis of 2008, he worked in loss mitigation and later managed a multimillion-dollar portfolio in the special assets division of one of America’s major banks.

In 2014, he discovered Bitcoin and became an early adopter of the digital currency.

What advisory services are offered by Brownstone Research?

Brownstone Research publishes financial newsletters that each specialize in a separate kind of research. They are all edited by Jeff Brown.

Although they concentrate on technology stocks, there are disparities between their areas of focus. As of writing this, they publish four premium advisory services and one free newsletter.

The Bleeding Edge is a popular free newsletter that is written by Jeff Brown. It is the only free advisory service offered by the publisher.

Jeff writes about breakthrough technologies that are being overlooked by mainstream press although sometimes, he gives the true story behind the top tech headlines of the day. He also discusses emerging tech companies that you should keep an eye on.

In summary, The Bleeding Edge gives Jeff free rein to discuss any topic related to tech that he finds interesting because he is unburdened by the expectations and constraints of a premium advisory service.

If you are interested in his uncensored opinions on tech investing, you should give it a try.

The Near Future Report ($199/year non-refundable)

It is the flagship advisory service offered by the firm. Jeff focuses on large-cap technology companies that still have some growth left in them. His goal is to deliver outsized returns that consistently beat the benchmarks.

Jeff and his team focus on identifying trends that are about to explode. A good example is a trend that is about to reach the point of mass adoption.

Typically, these companies are in the thick of technological trends like AI, cloud computing, and 5G, just to mention a few. While they are usually on the verge of enormous growth, they are “sleep well at night” picks because they have stability, which smaller, more volatile startups lack.

This advisory service focuses on small- and micro-cap tech companies that are on the verge of rapid growth. According to Jeff, these companies have the potential to become the next big tech companies (think Amazon, Netflix, or Apple).

The stocks that he targets when writing to his subscribers are normally associated with explosive trends like 5G, AI, cybersecurity, and even biotech.

The kind of recommendations you can expect are like the ones he shared when he filmed the presentation called Tech Lag.

It is the most expensive investment advisory service offered by Brownstone Research.

Jeff’s focuses on investments in small companies that are on the verge of exponential growth to deliver quick returns. And by quick, it means that you can earn a profit in a matter of weeks.

To find these opportunities, he leverages his network of contacts in the tech industry. It helps that he is an experienced angel investor with more than 100 private deals under his belt.

Jeff believes that he has identified a little-known market anomaly that enables him to reliably determine the best times to buy or sell his picks to maximize returns.

It is the most exclusive service on offer and sometimes, they don’t allow in new members (for example, as of writing this, they are not admitting new members): 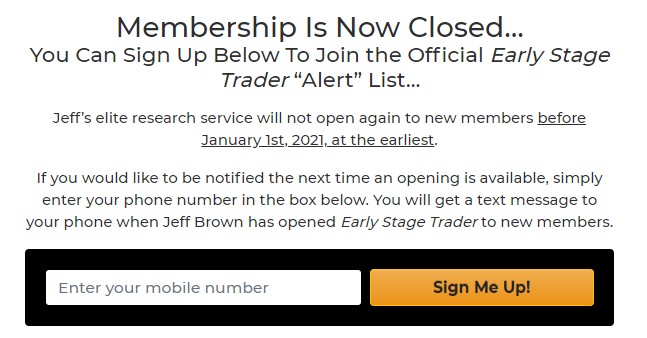 The justification for this restriction is that when it comes to investing in these tiny companies, as few people should be involved as possible to avoid artificially inflating the price.

It is an investment research service that is designed to recommend Special Purpose Acquisition Corporations (SPACs), which are also called “blank check companies.”

A SPAC is a company that does not conduct formal commercial operations. It is formed to raise capital through an IPO so that it can acquire an existing private company and make it a publicly-traded company. This process is also referred to as a reverse merger.

Investing in a SPAC gives you access to exciting private companies and it is easier to handle than investing in them directly.

When you subscribe to Blank Check Speculator, Jeff pinpoints the most exciting SPAC opportunities, ideally before other investors get in on them and cause price inflation. He leverages his decades of experience in the technology sector.

This plan saves you money if you are already a fan of more than one of the services because you only pay $9,199 once and gain access to all of them. It is estimated that by signing up for this plan, you will save thousands in subscription fees in the long run.

You are entitled to lifetime access to all his reports – you may even pass down your membership to your children.

You have 90 days to decide whether you are happy with the plan. If you aren’t, you can cancel your membership and they will issue you with credit that you can then use to subscribe to any other advisory service offered by Legacy Research Group.

Brownstone Research is a legitimate company.

Many people have been questioning the legitimacy of firms like it over the years, so this is a common concern.

The main allegation people have against the firm is the overzealous marketing language that they use when promoting their services. Jeff always emphasizes his success and doesn’t focus as much on his shortcomings, which gives the impression that his strategies are infallible.

In reality, he has his good calls and his fair share of bad ones, which is to be expected when you are dealing with volatile investments like startups where more businesses fail than succeed.

That being said, it is a legit firm offering legitimate services.

My Final Word on Brownstone Research

Brownstone Research is an investment research firm that was started by Jeff Brown when he broke away from Bonner & Partners (although it is still affiliated with the parent company).

The main focus of the firm is to provide investment advice to retail investors who usually lack access to useful information that can help them navigate the markets. All the newsletters center on the technology industry, which is Jeff Brown’s specialty owing to his decades of experience working either as a technology executive or as an angel investor.