Bryan Bottarelli has been promoting a new pitch that bears the title “940 Million Unclaimed Checks.”

In it, he claims that many people are owed money by the government but they don’t even know this and he wants to help them reclaim it.

Having encountered my fair share of gurus promising people “free” government checks, I didn’t want to take any chances with it. So, I took a closer look at what Bryan was talking about before writing this article.

I will highlight the main points raised during the pitch and reveal what Bottarelli is promoting. Read on to find out.

What is 940 Million Unclaimed Checks?

The full heading of the presentation, U.S. State and Federal Treasuries Required to Distribute 940 Million Unclaimed Checks, gives us an indication of what to expect from the nearly hour-long video that ends with Bottarelli pitching his new investment advisory service, Trade of the Day Plus. 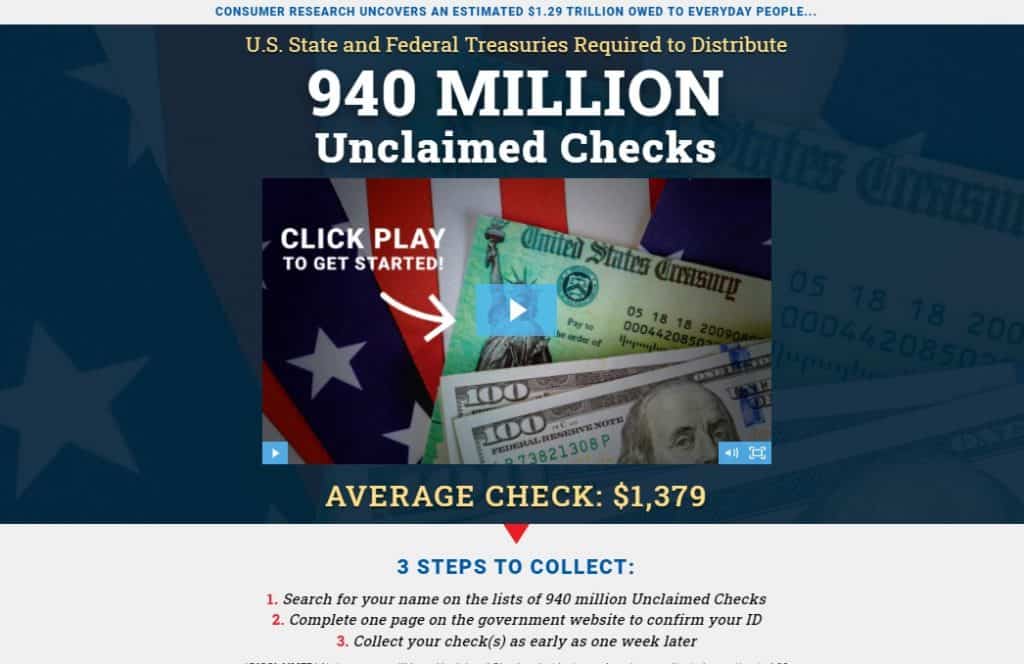 At first glance, you’d be forgiven for thinking that this has to do with the stimulus plans instituted by the government to cushion distressed individuals afflicted by the coronavirus pandemic economically.

But Bottarelli’s “unclaimed checks” have nothing to do with that.

Instead, he is referring to the monies that the government (referring to both State and Federal governments) owes its citizens. These are checks that people fail to pursue one reason or the other and the money remains unclaimed.

After doing his research, Bryan found out that the money owed to people this way could be as much as $1.29, or roughly 940 million checks.

His explanation for why the money doesn’t get much publicity is that in most cases, people who are eligible for it don’t even know that they are owed. As he puts it:

“Have you ever reached into your jacket pocket and found a $20 bill from the last time you wore it? It’s like that… but on a massive scale”

The federal government is aware of this and usually refers people to a website called MissingMoney.com to help them trace unclaimed money and lost assets. However, Bottarelli dismisses it as ineffective, stating that its assessment is usually wrong 91% of the time.

According to Bottarelli, rather than visit Missingmoney.com, you should follow a different process that is endorsed by Mary Pitman, who is infamous for helping people trace unclaimed money. Mary’s book The Little Book of Missing Money outlines the process by which you should check whether the government owes you money.

Bryan has distilled it into three steps:

If you are eligible, you may receive your check in as little as one week.

However, before you initiate the three-step process, you should fill out a questionnaire that rates your chances of finding your name on the list of unclaimed checks. 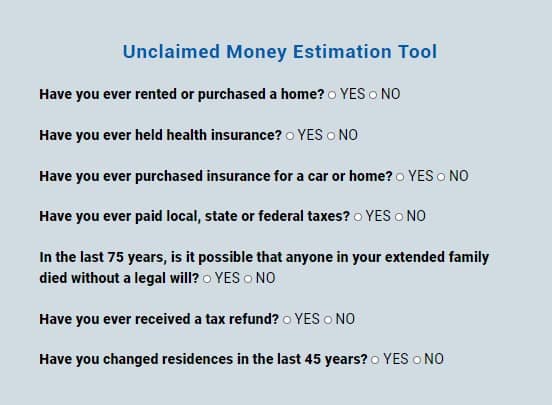 If you answer yes to two or more questions, you should move on to the three-step process.

What is in it for Bryan?

He doesn’t reveal what database he is referring to here but promises to reveal it once you sign up for his advisory service, Trade of the Day Plus – that’s the catch.

Bryan Bottarelli is an investment analyst best known for co-founding Monument Traders Alliance. He runs a popular service there called The War Room.

Bottarelli graduated with a business degree from Kelley School of Business (Indiana University). After he left school, he was hired to trade options on the CBOE trading floor where he learned from some of the best floor traders in the country.

He witnessed the stock market boom and subsequent bust at the turn of the millennium. He claims that it taught him invaluable lessons that influence his trading practices to this day.

Bottarelli shares his insights with readers through the War Room and the Trade of the Day e-letter.

What you get when you join Trade of the Day Plus

If you want to find out whether you are entitled to a check, Bryan Bottarelli will help you if you subscribe to his investment research service, Trade of the Day Plus.

But how does being a member of the newsletter benefit you?

You will be entitled to the following:

You also receive a bonus report titled 5 trading Secrets to Win Every Day in the Markets.

How much does it cost to join Trade of the Day Plus?

Will you receive a refund if you cancel your subscription?

You can receive a refund in two scenarios:

Bryan is an expert trader who has been recommending stock trades to his followers through his platform, The War Room. However, in this presentation, he insists on helping people find money that often remains unclaimed which is in most cases held by various government agencies.

He teams up with Mary Pitman, who’s spent the last ten years helping people find unclaimed money and assets through some ingenious search techniques. Her work has gotten her on America’s Money Class with Suze Orman and Good Morning America.

Bryan Bottarelli’s approach to pitching his newsletter in 940 Million Unclaimed Checks is a bit unconventional because he doesn’t focus on some “mysterious” but highly lucrative investment idea, hoping his audience are eager enough to give his financial newsletter a try (as is usually the case with most pitches).

He seeks to let his audience know there are missing money and assets and promises to show them how to retrieve it (if eligible). It is important to clarify that the money he is talking about is not part of the government stimulus plan or some other scheme.