Have you encountered any Tai Lopez ad and wondered whether he is legit?

In this review I am going to dissect the guy infamous for his “here in my garage” advert.

He has run other ads that have both won him followers and made him a meme. Generally speaking, people get lost in his ads and forget that there is a product behind the ad.

I will give a quick overview of his services and address the question you have right now: is Tai Lopez legit?

Who is Tai Lopez? 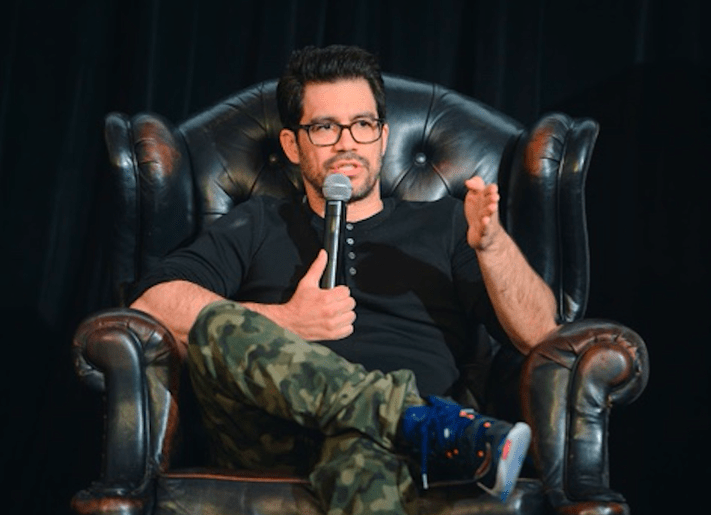 Tai Lopez is a digital marketer who rose to popularity in 2015. His initial foray into the web was as a personal development guru but over the years, he has evolved.

For most people, Tai Lopez is the guy whose ads they stumble upon on YouTube, Google Search Results, or Facebook of him advertising a product and showcasing his wealth. One of his most infamous ones is his “here in my garage” ad.

But there is more to him and that’s one of the reasons I am writing a review about him; to shed light on his journey and what he has to offer in the realm of investments and marketing.

Growing Up and Early Career

Tai’s life has been all about receiving mentorship (and giving it back when he attained success). He has had up to six mentors who have influenced the way he operates and views the world.

At a young age, he worked for Joel Salatin. Joel, if you don’t know him, is a popular farmer who has written books and was featured in a documentary called Food Inc. Tai worked for him as a farmhand.

Tai also lived a couple of years with the Amish, a group known for living a life devoid of modern influences. He learned from them what true happiness entails.

As a young adult, he worked for an insurance company. He worked in the sales and marketing department and it was there that he learned the power of Google AdWords. He leveraged it to generate record-shattering sales for the business.

After that, he launched a couple of business – most of which failed – before he got into the consultancy business.

What Tai Lopez does now

Tai Lopez is known nowadays for his online training programs. He teaches people how to achieve “Health, Wealth, Love, and Happiness.”

To fast track his businesses, he invested heavily in video ads in 2015. He split-tested numerous ideas which culminated in an ad campaign that has achieved notoriety as much as it has landed new clients – he ended up reaching out to millions of viewers. He also went into social media marketing and has become one of the most influential people using more than one platform.

What approach does Tai Lopez use?

To oversimplify it: His ads usually lead you to a page where you buy an online course.

He uses various techniques to get people to watch his ads because the digital marketing scene is crowded. For example, he makes friends with celebrities and highly successful individuals to get social proof and give the impression that his methods attract successful people.

One of his most famous acquaintances is billionaire Mark Cuban whom he hosted at his house, played basketball with, and talked business with. He has a video of the whole encounter on his YouTube channel.

He also once spoke to Bill Clinton via Facetime and interviewed Gary Vaynerchuk.

Many people think that he is a scammer because he is all about living life large. If you watch his ads, he always shows how wealthy he is by either showing his car collection or giving virtual tours of his Beverly Hills mansion.

He does that on purpose; to attract people’s attention and get them to associate his training programs with success.

What Products Does Tai Lopez Offer?

He offers online and offline training courses about marketing, living a good life, dating, and recently, trading stocks. Here are a few programs Tai Lopez has been offering since 2015:

This list is not conclusive because he continues to create new courses. I may have also not mentioned some programs on the list.

I think Tai Lopez is legit because he offers value through his courses.

People get the impression that he is a scammer because his ads are everywhere. But I think that it is a strategy designed to get people’s attention at an age where the market is saturated.

You can’t blame him because people have become bombarded by ads so much, you’d have to do something outrageous to get their attention.

Surprisingly, if you go through his YouTube channel, you will realize that about 90% of his videos offer value without advertising a product. Therefore, although he does a lot of pitches, they constitute a small percentage of his content.

On top of that, he is friends with many celebrities, entrepreneurs, and influencers. Don’t you think that if he were a scammer, most of those people wouldn’t want to be seen with him let alone have any connection with him?

Those people are extremely careful about how they are perceived, and anything that sullies their image gets thrown out pretty fast!

My Final Word on Tai Lopez

However, that doesn’t take away from the fact that he has loyal followers who have found his products to be helpful.

If he would just take a step back and stop over-promoting himself to focus on long-term gains rather than the here-and-now results, I think he can do better. Some people are sick of him due to the ads that may benefit from his programs.

That being said, I still rate him because I can see the value he gives in the different domains he has ventured into. Although he emphasizes the success his courses bring, do not forget that you have to put in insane amounts of work to achieve that with many failures along the way. Ultimately, I think his programs are refreshing and actionable.

Who Is Tai Lopez?

Tai Lopez is an entrepreneur who become famous online through his here in my garage ad that went viral on YouTube. Over the past several years Tai has grown his online following and is recognised as one of the top digital entrepreneurs online by the likes of Forbes, Entrepreneur Magazine and other publications.

What Is Tai Lopez Net Worth?

Does Tai Lopez Rent His House?

There have been numerous reports that Tai Lopez mansion in Beverly Hills is rented as it appeared on an ad on Zillow. Tai has revealed that he leases his properties through his various corporations and LLCs. Tai Lopez has lived in the Beverly Hills mansion for years now.

There have been reports that Tai Lopez ran dating websites in the past. We believe that he does not run these anymore and there is not much information available online now.

What Is Tai Lopez Business?

Tai Lopez runs several businesses online and offline. He is known for his online courses but he has been venturing into other business models in the past few years like food delivery and even fashion.

Tai Lopez is legitimate. Tai got negative attention in the beginning for his adverts like here in my garage however his continued success over several years has proved his doubters wrong. Tai’s courses also have many positive reviews from successful students.